Hanan grew up watching his father, a large animal veterinarian, heal the local livestock of their hometown of Faisalabad, Pakistan. With a strong admiration for his father’s work and a compassion for his patients, Hanan never even imagined going into another field. He was surrounded by animals at an early age—everything from rabbits to sheep goats to water buffalo—and still cares for his own two parrots, Max and Daisy.

He grew up to study and practice in Pakistan for three years before coming to Canada in 2003. While taking his certification exams in Ontario, he practiced as a volunteer until he found a position with Dr. Schienbein, here in Sherwood Park. In addition to learning a new language, Hanan has learned a range of skills since he began working with Allan, including the precise laser and orthopedic procedures.

For Hanan, every day is a chance to learn something new and to do work worth being proud of.

Hanan’s profession is his passion, and just as it gives him a sense of fulfillment, he gives himself to his patients wholeheartedly. According to Darlene, there’s nothing Hanan won’t do to help an animal. He goes to the ends of the earth for his patients, and he gladly works seven days a week to do it. 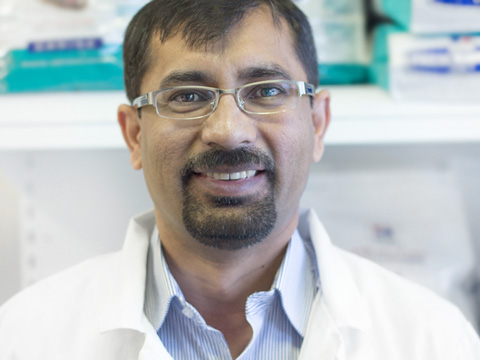